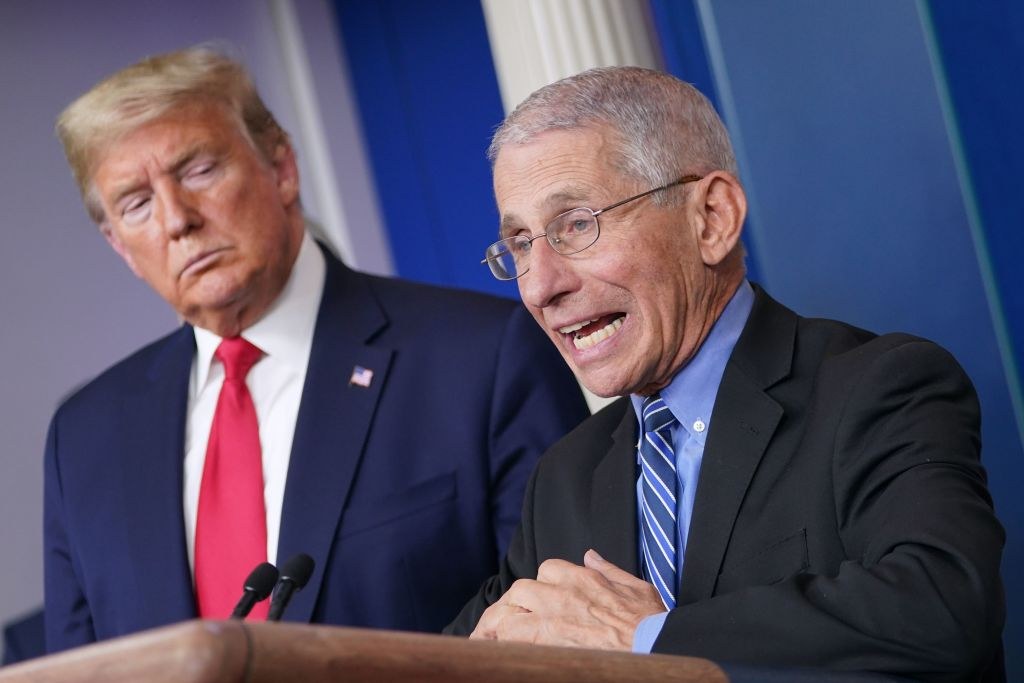 This post is the third in a series outlining what I am learning while watching all these leaders communicate. These lessons have developed from my own observations, but also those of my friends and colleagues. You will recognize many of the leaders referenced in this series, but some you might not. Regardless, may their content, delivery and style serve as a model for us all.

No leader can accomplish great things on their own, no matter how much they believe or claim otherwise. They need others to join forces with them to tackle the challenges or opportunities ahead, and generosity of both spirit and communications is a powerful way to engage, align and inspire those forces. Accessible, gracious, and accountable leadership communications help an audience know and trust that, at the end of the day, it’s not about the leader. Rather, it’s about something greater, which that leader is putting forward and inviting others to belong, aspire and commit to.

Effective leadership communications are generous communications, and I am seeing that generosity manifest itself in three ways during this COVID crisis.

1) Generous in that they’re clear and accessible.

“Let me be crystal clear.” This is something PM Jacinda Ardern said several times in her announcement of New Zealand’s pending lockdown. “When we stop moving, it stops moving,” is the simple message Ohio Governor Mike DeWine repeats often in his briefings. “This is serious. Take it seriously,” beseeched Germany’s Angela Merkel in her focused address to the country. All three of these leaders and more know that no one is going to follow you if they can’t first absorb, comprehend, and retain what you’re saying.

Accordingly, effective leaders take great pains to ensure they are not just heard, but understood. They make certain their communications are not overly academic or overworked. They employ straightforward language that’s easy to grasp and retain. And they use the right data points and just enough of them to ensure their audience appreciates the gravity of the situation without being overwhelmed with statistics.

New York Governor, Andrew Cuomo has been the poster child for clear and accessible communications. In his daily briefings, he shares relevant stories or personal anecdotes to explain the reasoning behind his actions. He employs PowerPoint slides to visually punctuate his points and help his audience see (literally and figuratively) what he means by them. And he uses analogies and metaphors to translate scientific jargon into everyday terms the average person can understand.

For instance, early on in this pandemic, experts and officials talked repeatedly about “flattening the curve.” Cuomo took that important epidemiological concept and made it more palatable for everyone, both verbally and visually. “Everyone’s talking about the curve,” he said. “Well, I think of it is as a wave, and that wave is going to break into our hospital system.” That’s just one example of Cuomo making a complex concept simple to, in turn, make it accessible to the people he needs to align with him.

2) Generous in that they’re grateful and gracious

One of my favourite quotes is “There is no limit to what you can accomplish, as long as you don’t care who gets credit for it.” It’s been attributed to everyone from British writer C.E. Montague, to President Harry Truman, to Coca-Cola executive and philanthropist Robert Woodruff. Despite the uncertain origin of this quip, its meaning is clear. When leaders are truly generous with their communications — and more specifically, when their communications show gratitude for and graciousness to others —  remarkable things happen. 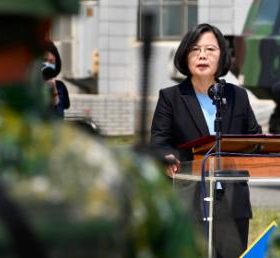 Over the past two months, it has warmed my heart to see how readily and regularly people in positions of power show gratitude for and give credit to others. From Taiwanese President Tsai Ing-wen to White House Coronavirus Coordinator (and extremely well-scarved) Dr. Deborah Birx, these individuals repeatedly acknowledge the contributions of others in this “war” and thank the. In doing so, they convey that their intentions are selfless, and in turn, this makes us believe in those intentions and the people behind them.

Effective leadership communications are not only grateful, but also gracious. Perhaps no one demonstrates this better than Dr. Anthony Fauci, Director of Infectious Diseases at the National Institute of Health. From AIDS to Ebola, we have turned to Dr. Fauci for insight on viruses and epidemics. He has been a steady and steadying source of guidance during this COVID crisis and regular presence at the White House briefings, often standing beside the president.

Dr. Fauci does not always agree with the information or views shared by the president, but he never directly corrects. Rather, he graciously counters, by sharing his own information and insight, and trusting that the public will see the differences in what’s being said, consider the source when evaluating it, and draw their own conclusions.

Dr. Fauci does not feel the need to make the president look stupid to make himself look smart.

Importantly, Dr. Fauci does not feel the need to make the president look stupid to make himself look smart. Some might say he does this to be diplomatic and keep his job. But I believe Dr. Fauci takes this approach because he is truly, genuinely gracious in spirit. He knows that openly debating or aggressively disagreeing with the president will not help the larger cause nor his own, apolitical mission of reducing the harm of COVID-19 and saving lives.

As Fauci himself said in a recent New Yorker article, “You have a job to do. Even when someone is acting ridiculous, you can’t chide them for it. You’ve got to deal with them. Because if you don’t deal with them, then you’re out of the picture.”

Governor Mike DeWine has also been gracious in his actions and his communications. In his own briefings, he regularly spotlights and bows to the judgment of Dr. Amy Acton, Ohio’s Director of Health: someone he hired even though she openly admits she didn’t vote for him. What’s more, during a CNN interview shortly after DeWine issued stay-at-home orders for Ohioans, the reporter kept asking him what he thought about the president trying to diminish the threat of the virus or saying he, personally, would not wear a mask. But DeWine would not bite, knowing full well (like Cuomo or Fauci) that judging or disparaging Trump would not help his cause or the wellbeing of his constituents.

3) Generous in that they’re transparent and accountable.

And lastly, generous leadership communications demonstrate transparency and accountability. They do this by openly acknowledging what they know, but also what they don’t know. They also do this by avoiding “spin”, looking to facilitate an audience’s thoughts and feelings versus manipulate them. Communications infused with transparency and candor elicit trust from an audience, and trust builds support, and support creates collective commitment and results.

Beyond that, I have been impressed with how unabashedly leaders are being accountable for their decisions, their actions, the controls they are imposing, or the shortfalls they are experiencing. They hold themselves to a higher standard, which not only impresses us, but also comforts us. What’s more, their communications don’t shirk from responsibility; rather, they embrace it, and in turn, this makes us embrace them.

For example, when placing more restrictions on New Yorkers, Governor Cuomo said repeatedly, “If you want to be mad at someone, be mad at me.” When announcing New Zealand’s lockdown, PM Ardern talked openly about how the impact of COVID might not be as bad as predicted, before stating unequivocally, “I will not take that chance”: not we, but I. And Governor DeWine admitted that, no matter how much he and his team have done to combat this pandemic, every night when he went to bed, he asks himself, “Have I done enough?”

California Governor Gavin Newsom always demonstrates a strong sense of accountability in his communications by regularly taking ownership of failures or shortfalls, but never taking credit for advances or successes. Here is a good example of that in this address to fellow Californians talking about the government’s efforts to secure and implement more testing. But before diving into those plans, Newsom talks openly about the current lack of tests and says, quite simply, “I own that.”

Generous leadership communications look to give more than they get

Winston Churchill once said, “We make a living by what we get, but we make a life by what we give.” Generosity is the very act of giving and, in doing so, expecting nothing in return. So, as you think about your own leadership and the communications that flow from it, consider what you are giving to your audience rather than focusing exclusively on what you need from them. They will recognize your generosity, appreciate it, and follow you for it. 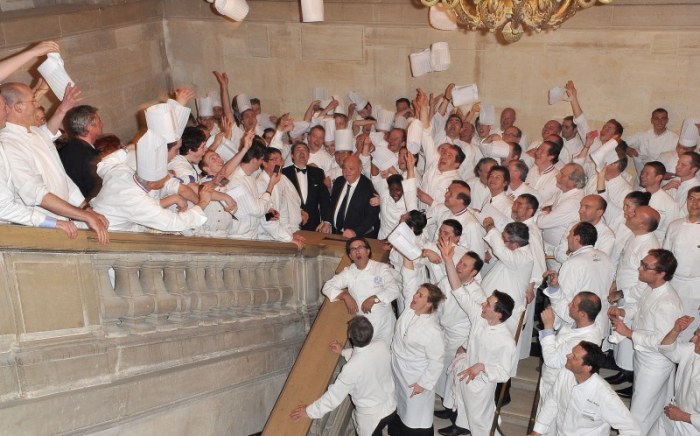 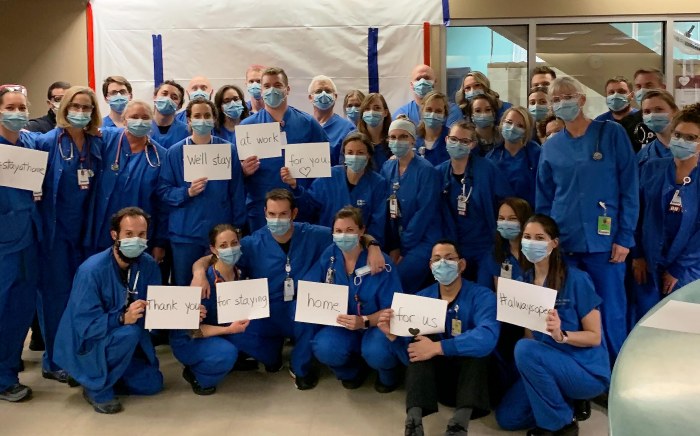