True Data Storytelling: How To Do It 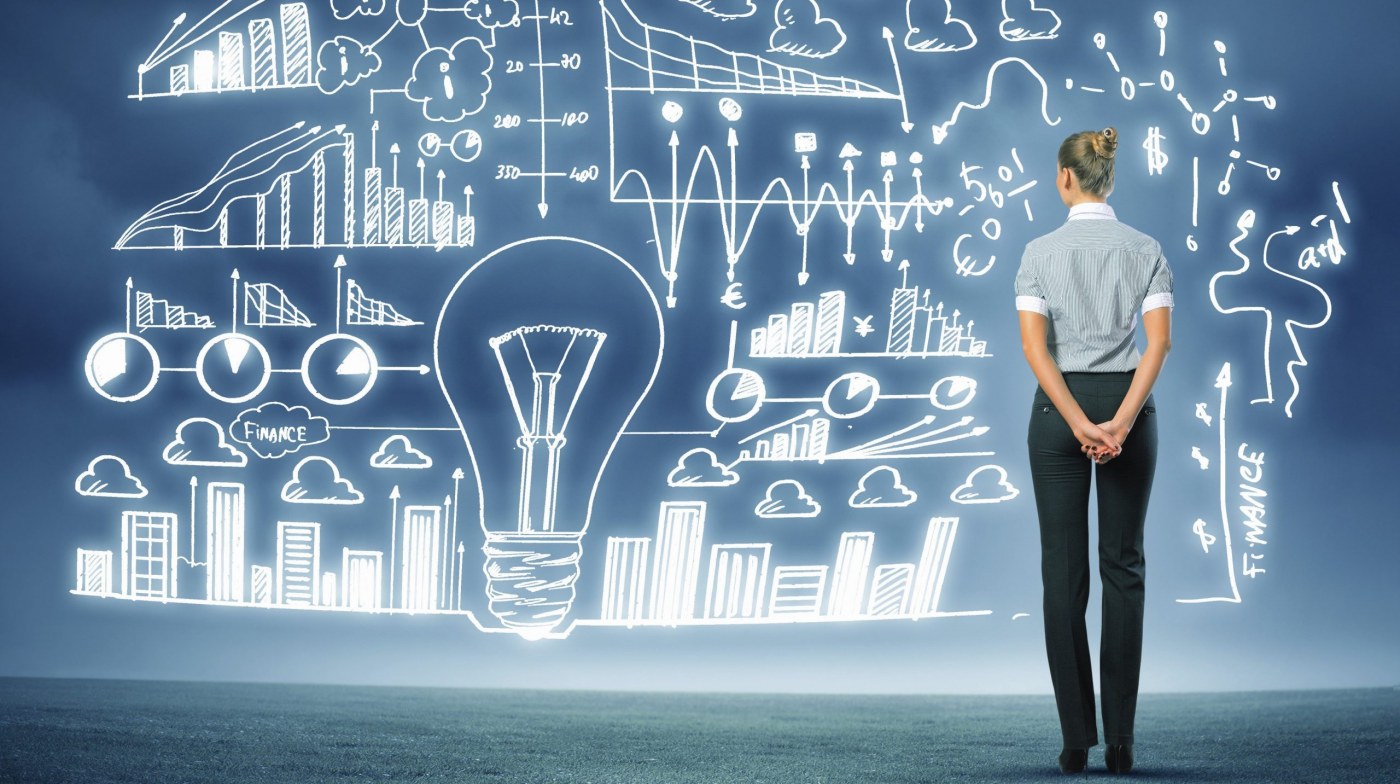 “My manager keeps telling me to stop just presenting data and instead do more data storytelling,” she confided during a virtual Storytelling for Business workshop earlier this year.

“Do you know what that means?” I asked in response.

“Not at all,” she admitted with a sigh. “Data storytelling? Like I’m supposed to start my presentation with once upon a time there lived a data set?”

“What your manager is asking for is, instead of simply presenting the data and reporting it one intense chart after another, find a way to bring the data to life and use a true story — with people, plot, and a meaningful point — to do so. Let me explain.”

Over the past decade, we have heard a lot about “big data” and how potent and powerful it can be: understandably so, because numbers talk. Numbers also don’t lie, and we can learn a lot if we are willing and able to listen to them.

Over this same period, we have also heard a lot about storytelling: equally as potent and just as influential, especially for audiences who aren’t very data savvy. More powerful still is combining storytelling with data, using a story to not only present data, but also make that data more relevant and compelling by telling the tale of the individuals working with it and the people impacted by it.

True data storytelling is a tough nut to crack, and much has been written about it. However, most articles seem to talk more about data visualization (i.e., making sure charts or graphs are telling the visual story you want them to tell) or simply applying some storytelling technique to a data presentation (e.g., presenting data points chronologically). And while these are certainly steps in the right direction, they are not the same as telling a genuine data story.

Whenever you say to an audience that you want to tell a story, you set expectations with them: expectations we all share because storytelling has always been part of our lives, and we are all familiar with it. Accordingly, any data storytelling must meet those expectations and have the core elements of a strong story. It can’t be, it shouldn’t be a report or case study disguised as a story. More specifically that data story should contain:

PREMISE — No story exists in a vacuum. Rather, it takes place against a backdrop and within certain circumstances. The same is true for a data story. Accordingly, the data storyteller should frame their story before starting it, establishing the marketplace or workplace context for it, connecting the data story they are about to the tell to the situation within which they tell it.

PEOPLE — All stories have characters, often including the storyteller or presenter, as well as others sharing the experience with them. As such, a genuine data story must include people: who worked with the data, who played a supporting role, who was the data about (in a research project) or whom is affected by it.

PLOT — True stories have plot: an experience unfolding for the people involved. These plots are not just one event happening chronologically after another. Rather, data storytelling plots describe the rich experience and excursion of the people involved, and importantly contain some human drama as well as analytical, operational, or methodological drama.

POINT — And lastly, powerful and persuasive stories always have a point: a key take-away, message, or learning the story reveals over the course of its plot.  The same must be true for a data story, as the data storyteller does more than just share information, but rather conveys the insight gleaned from the initiative. 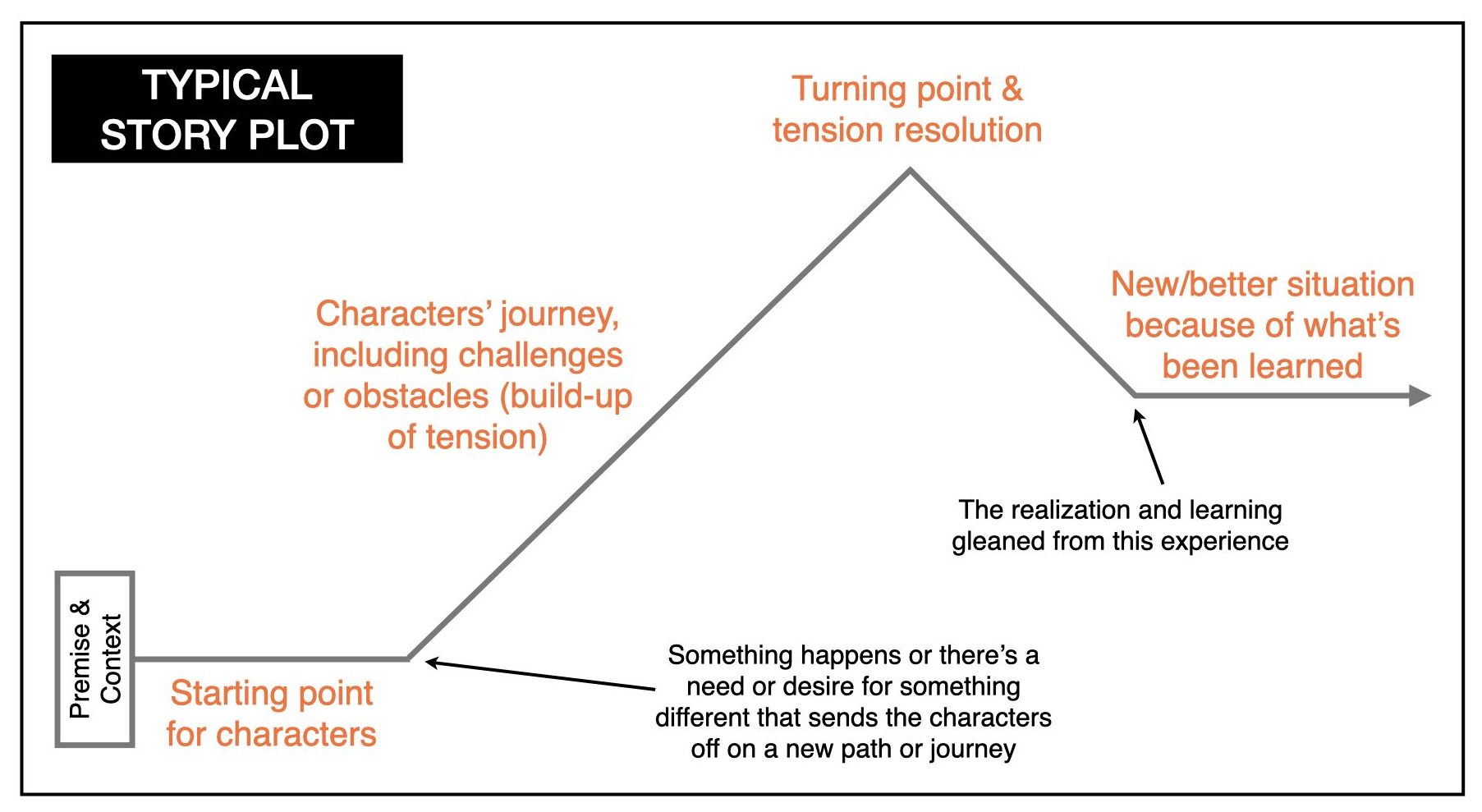 Going further with plot…before tackling a data story, it’s good to first re-familiarize oneself with the tension and resolution of a typical story plot. After setting some context, the story plot structure starts with characters in a “before” situation. It continues with those characters being motivated or compelled to embark on a journey, who then face some challenges and obstacles along the way, experience a turning point, and then learn something from the experience, which helps them create a new or better situation for the future. The vast majority of stories we read, hear, or tell follow this plot structure, and a strong data story takes a similar course.

A Good Flow for a Great Data Story

A great data story is more than a straight-forward presentation of the data that emerged from the project, though that data certainly plays a key role. And it’s more than an informational report of the methodology used to extract, synthesize and/or distill that data, though that information is also an important element.

Rather, it’s a story of the journey that the presenter and their colleagues embarked on with the data project, shaped by the typical story plot referenced above. And while the presenter is sharing the actual data that emerged from the initiative, they are also telling a richer story about why they took on the data project in the first place; how they went about generating, extracting, and analyzing the data; what they discovered, the future implications of those discoveries, and whom will be affected by them.

PREMISE: the workplace or marketplace context that serves as a backdrop for the story and the data project brought to life it. For example, “Last year we set out to improve organizational culture, make our company a more desirable place to work, and better retain top talent,” or “As we all know, teen smoking in this country had been in strong decline over the past two decades, which was very encouraging to say the least…that is until e-cigarettes and vaping came onto the scene.”

Beyond that, the story plot would typically include the following landing points from start to finish. 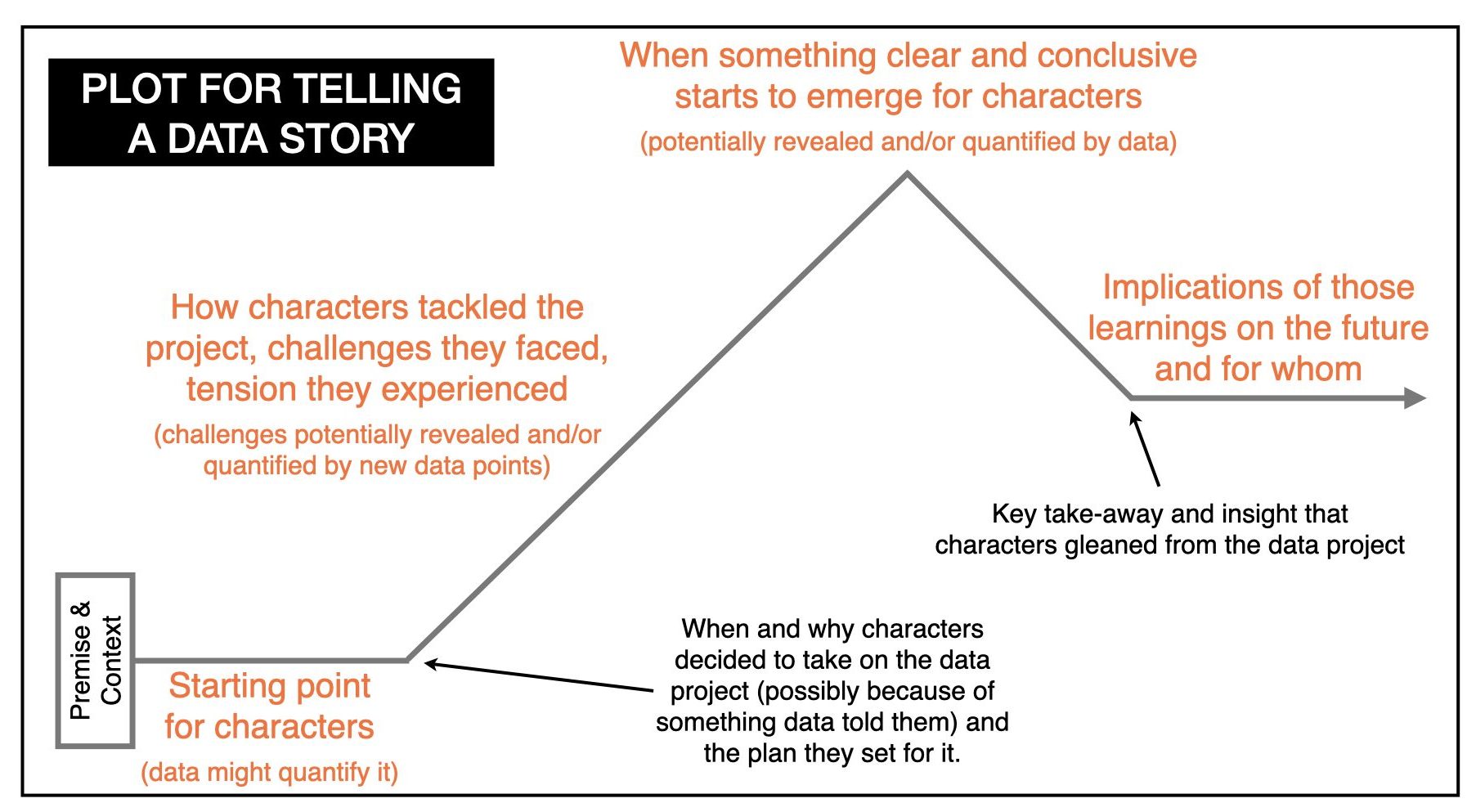 THE STARTING POINT for the presenter and their colleagues (the main characters in the story), reflecting the “before” situation for them and/or others prior to the data project beginning: a situation that could be quantified by data in some way.

THE CATALYST that inspired that team to take-on this data project in the first place — perhaps triggered by something that the data showed or told them — and THE PLAN they set for that project.

THE JOURNEY the team embarked on, including RELEVANT DATA POINTS that emerged and the impact they had on the characters, their thinking and their efforts. Appreciating that great stories always have some tension, this data story plot section could also bring to life any CHALLENGES OR OBSTACLES the team faced along the way (e.g., logistical, methodological, financial, mental, emotional…even existential).

THE TURNING POINT when things started to come together and, thanks to the data and the analysis of it, a clarifying realization(s) started to emerge for the presenter and their colleagues.

THE TAKE-AWAY clearly and concisely conveying the key lesson(s) or focused insight(s) gleaned from this particular data project.

THE IMPLICATIONS of those learnings on others (e.g., customers, employees, demographic group, citizens, constituents, etc.), and more specifically how they will create a new and hopefully better future for them.

Storytelling with Data, Not Just about It

As mentioned already, people are central to effective storytelling: characters experiencing something, playing active roles, and having an impact on each other, their circumstances, and their future.

When telling a true data story, consider having the data play an active role as well, almost like a supporting character who guides and influences the main characters and, in doing so, drives the plot of the story forward. Go one step further than just presenting the data; personify the data, having it dynamically tell and shows things to the main characters involved in the project, as well as quantify the situations those characters face and experience.

For example, “The more analysis we did, the more the data showed us the magnitude of this problem, with a year-over-year drop in share of 3.6%. And honestly, we were very disheartened by what the data had told us. But digging in further, the data also revealed a huge opportunity if we could fix this situation, because our category was growing 7.8% a year. And that data excited us…a lot.”

In this regard, true data storytelling involves telling a story about the data, but it is also made more memorable and captivating with the data. Do both — storytelling about data, but also storytelling with data — and you will capture the hearts and minds of any audience. Because while some members of your audiences might be more comfortable with data than others, the one thing they will all have in common is they are all human beings. And what human being doesn’t love hearing a great story?

AUTHOR NOTE — I would like to thank Kate Flint and Jessie Rouder of ICF International (a training client) for peer reviewing this article and providing me such insightful feedback on it. 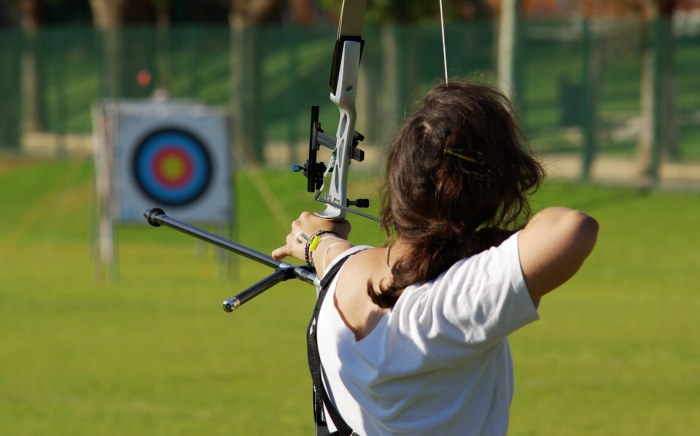 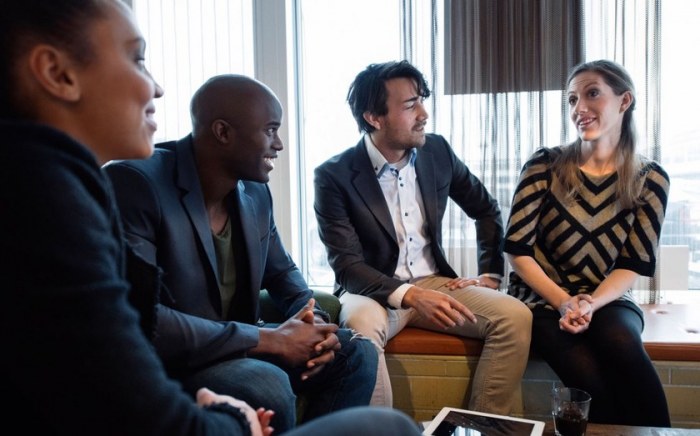 True Data Storytelling: How To Do It | BB&Co Strategic Storytelling
Become a Stronger, More Confident Storyteller